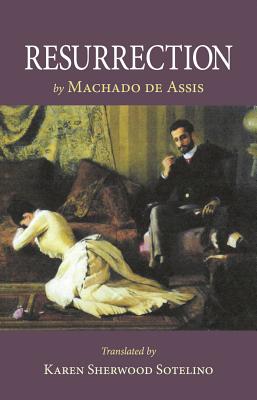 This first novel in its debut English translation visits themes the author developed exquisitely throughout his career including marriage, memory, and perspective. In this insightful translation by Karen Sherwood Sotelino, and with an introduction by Jose Luiz Passos, the novel reveals the author's early experiment in drawing out psychological and sociological issues of his times. Readers familiar with his mature works will recognize the progression from infatuation, through passion, doubt, and toxic jealousy, as experienced by protagonists Felix and Livia in 19th century Rio de Janeiro.

Machado de Assis (1839 1908), whose full name isJoaquim Maria Machado de Assis, is widely considered one of the most innovative Latin American authors and is best known for his two masterpiece novels, Memorias Postumas de Bras Cubas and Dom Casmurro. He was also the founding president of the Brazilian Academy of Letters (1896), a position he held throughout the rest of his life. Karen Sherwood Sotelino has translated novels, short stories, and technical texts from Portuguese into English. Recently, she has taught Portuguese language and translation at Stanford University, where she is visiting scholar in the department of Iberian and Latin American cultures."
Loading...
or
Not Currently Available for Direct Purchase