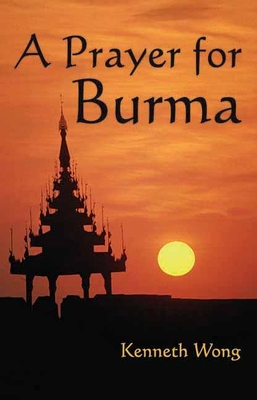 A Prayer for Burma

After living in the United States for over a decade, Kenneth Wong returns to his native Burmaa country fraught with political upheaval and laden with superstitionto face the cultural specters of his own past and the spirit of a land trapped in time.
Sealed off from the outside world, first by an oppressive military regime's isolationism and then by economic sanctions, Burma lives on like a lingering ghost of its colonial past. A Prayer for Burma is a beautiful, stunning portrait of the country as seen and remembered by a homecoming native battling his conflicting national, cultural, ideological, ancestral, and ethnic identities.
In the tradition of Orwell, Maugam, and Theroux, Wong shows Burma as an exotic place that invites, frightens, teases, and haunts citizens and visitors alike with its unique mixture of ill-kept Edwardian structures, pockmarked English mansions, and glittering Buddhist temples. And as a former Burmese rediscovering Burmaan outsider who was once an insiderWong reveals the courage, humor, and perseverance of the Burmese people and their endearing, yet mysterious way of life.

Kenneth Wong was born and raised in Rangoon, Burma, where he cultivated an addiction to aromatic Indian tea and an aversion to totalitarianism. He came to America at the age of twenty-one, not long after the 1988 massacre. After an unfulfilling decade in the financial industry, he decided to jump off his career path and begin making a living as a writer. He currently works as an editor for Cadence, a trade magazine dedicated to computer-aided design. Kenneth lives in San Francisco, California, surrounded by eccentric friends and boxes of books.
Loading...
or support indie stores by buying on