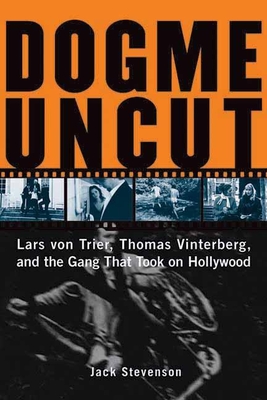 Lars Von Trier, Thomas Vinterberg, and the Gang That Took on Hollywood

In 1995, Danish filmmaker Lars von Trier ("Breaking the Waves, Dancer in the Dark, Dogville") and three fellow Danish directors swore allegiance to a "vow of chastity" aimed at jolting filmmakers around the world who had become stuck in the mire of slick, emotionally manipulative, high-concept, and bombastic movie productions. They named their philosophy "Dogme95," and its tenets demanded a return to the basic core of filmmaking: the use of natural lighting and a hand-held camera, and the refusal to use special effects, a soundtrack of any kind (only natural sounds found on location were acceptable), and movie sets (all shooting was to take place on location).
Like the French New Wave and 1960s American Underground film movements, Dogme had a profound affect on filmmaking around the world, including the sacred cow known as "Hollywood." In part because of the proliferation of relatively inexpensive digital cameras and technology, the movement resonated with young and independent filmmakers, creating a surge in back-to-the-basics, guerilla filmmaking. It also had a profound influence on everything from Hollywood filmmakers to dance choreographers to computer game manufacturers.
The list of films and filmmakers to come out of the Dogme movement reads like a who's who of art-house cinema from the late-1990s and early-2000s: the aforementioned Lars von Trier, Thomas Vinterberg ("The Celebration"), Harmony Korine ("Julien Donkey-Boy"), Lone Scherfig ("Italian for Beginners"), and Susanne Bier ("Open Hearts"), among many others.
"Dogme Uncut" is written by film journalist and historian Jack Stevenson, who, while living in Demark for the past decade, has had a true insider's view of the Dogme movement from its conception to its early triumphs to its current incarnation. With a good deal of humor and fascinating insights, Stevenson brings a mixture of history, analysis, and reportage to bear on the eight-year-old film movement, examining the subject from multiple perspectives. Dogme's debt to previous film "waves" is explored, as is the impact Dogme itself has had on current trends in cinema and on today's young filmmakers. Penned in a lively, accessible, and jargon-free style, "Dogme Uncut" is a richly illustrated survey of the entire Dogme canon that is both entertaining and hugely informative.