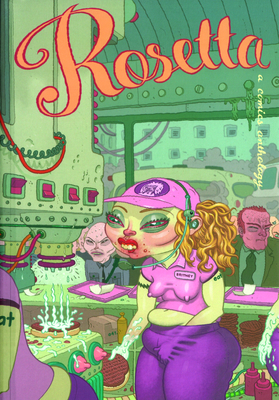 Suat Tong Ng: Ng Suat Tong is a doctor working in Singapore. He has written reviews for The Comics Journal since 1993, and was the editor of the Eisner and Harvey nominated anthology, Rosetta.Tom Hart: Tom Hart is a cartoonist and the Executive Director of The Sequential Artists Workshop, a school and arts organization in Gainesville, Florida. He is the creator of the Hutch Owen series of graphic novels and books, and has been nominated for all the major comic book industry awards.James Kochalka: The first Cartoonist Laureate of Vermont, James created the long-running American Elf daily comic. He's the author and illustrator of several popular children's books, including Johnny Boo, Dragon Puncher and Peanutbutter & Jeremy. James won the Eisner award in 2012.David Choe: David Choe is an American painter, muralist, graffiti artist and graphic novelist of Korean descent. His figure paintings, which explore themes of desire, degradation, and exaltation, are characterized by a raw, frenetic tone that he has termed "dirty style."Megan Kelso: Megan Kelso started making comics in the 1990s, with her minicomic and magazine. Her work has been collected in the books Queen of the Black Black, Artichoke Tales and The Squirrel Mother. Kelso published a weekly comic strip in The New York Times Magazine in 2007 titled Watergate Sue.
Loading...
or
Not Currently Available for Direct Purchase