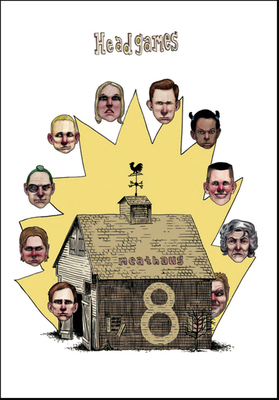 Becky Cloonan: Becky Cloonan is an award-winning cartoonist and illustrator. She has created work for Vertigo, Dark Horse, Harper Collins and Marvel, with editions of her work published in several countries around the world. She still tries to self-publish a new mini comic every year.Brandon Graham: Brandon Graham is the acclaimed writer of the Prophet series from Image and the creator of King City and Multiple Warheads.James Jean: James Jean is a Taiwanese American visual artist, known for both his commercial work and fine art gallery work. He is known in the American comics industry as a cover artist for various books published by DC Comics including Fables, as well as for his work for Prada, ESPN and Atlantic Records.Dash Shaw: Dash Shaw is a cartoonist and animator in Brooklyn, His recent books include Bodyworld and Bottomless Belly Button. His animated works include "Wheel of Fortune" and the IFC series The Unclothed Man in the 35th Century AD. His most recent series is Cosplayers.Farel Dalrymple: Farel Dalrymple is an American artist and alternative comics creator. He is best known for his award-winning comics series Pop Gun War, Omega the Unknown, Caper, Prophet, and The Wrenchies.
or
Not Currently Available for Direct Purchase
Copyright © 2020 American Booksellers Association