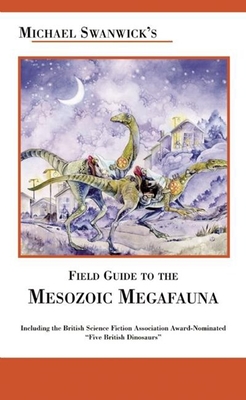 The master of microfiction returns with eighteen short-short stories on dinosaur themes. Steely bureaucrats, genetically engineered Christmas toys, and beloved killer pets clash with immoral scientists, neighborhood bullies, and society ladies, with dangerous, sometimes poignant, and often wickedly funny consequences. Michael Crichton's dinosaurs were never quite like this. As one canny old predator remarks, ?Herbivores You gotta love 'em. They fall for the old theropod-in-a-rubber-tenontosaur-suit trick every time." In this companion volume to Cigar-Box Faust and Other Miniatures, Swanwick continues to delight. It is certain to charm anyone who is or ever wanted to be a paleontologist?and to convince them that pursuing alternative careers is probably wise. This collection features the British Science Fiction Association Award?nominated ?Five British Dinosaurs" as well as humorous original illustrations by Stephanie Pui-Mun Law.