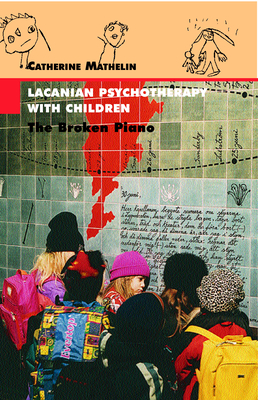 In a groundbreaking integration of the work of Lacan, Winnicott, and Tustin, Catherine Mathelin reveals how a child's symptoms can be a striking reflection of its parents' unresolved conflicts. She shows how her patients' art, much of it reproduced here, can communicate both initial anguish and progress in treatment, and draws on her experience of working on a neonatal unit to argue compellingly that a child's mental health can be endangered even before birth.

"This is a book hard to put down, filled with the most fascinating brief case vignettes of parents and children who live in worlds disconnected from each other, hoping for experts to heal their suffering."
-Anni Bergman, coauthor of The Psychological Birth of the Human Infant

Catherine Mathelin, a psychoanalyst and psychologist, works in the child psychiatry and neonatology units of the Saint-Denis Hospitals. She was a member of Lacan's Ecole Freudienne from 1974 until its dissolution, and the Centre de formation et de recheres psychanalytiques (Center for Psychoanalytic Training and Research) until the founding by Maud Mannoni of Espace Analytique, of which she is currently a member.

Susan Fairfield is an editor, translator, and poet. She is also the author of papers on literary criticism, a psychoanalyst, and co-editor of Bringing the Plague: Toward a Postmodern Psychoanalysis. She lives in the Bay Area of California.
or
Buy Here
Copyright © 2020 American Booksellers Association