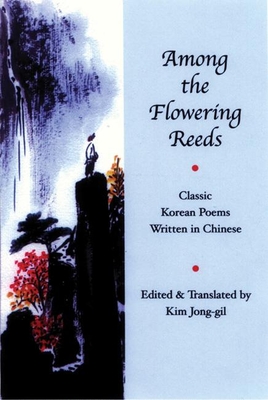 Among the Flowering Reeds

Up until the 17th century, the bulk of Korean poetry was written in Chinese, the language of poets, scholars, and monks. This work became an integral part of Korean literary tradition. Among the Flowering Reeds, which introduces this important poetic tradition to the English-speaking audience, includes 100 poems spanning more than 1,000 years. Lovers of Chinese and Japanese poetry will delight in these translations, which capture both the elegant simplicity and the emotional complexity of the originals.

Kim Jong-gil is a Professor Emeritus of English at Korea University in Seoul and is a member of the Korean Academy of Arts. His works of translation include The Snow Falling on Chagall's Village: Poems of Kim Ch'un-Su. He is presently completing an anthology of modern Korean poetry.