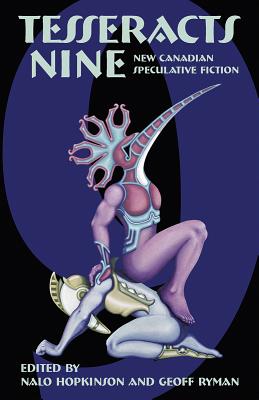 Tesseracts Nine also made the LOCUS Recommended reading list for 2006.

It was included in the Locus Poll for best anthology

Many of the stories have now appeared in Year's Best Fantasy and Year's Best Science Fiction anthologies.

While other stories received nominations for the Brandon, Fountain, Sturgeon and Aurora Awards.

"Apparently being in T9 was a Good Thing."

- Derryl Murphy
Each year Tesseract Books chooses a team of editors from amongst the best of Canada's writers, publishers and critics to select innovative and futuristic fiction and poetry from the leaders and emerging voices in Canadian speculative fiction.

Tesseracts Nine expands the dimensions of speculative fiction experientially, with startling visions of the future by new and established Canadian authors.