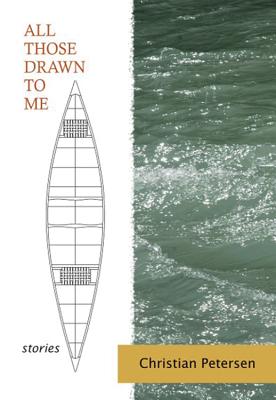 All Those Drawn to Me

The junction of Highways 20 and 97 forms a rough right angle around which lies the city of Williams Lake. These are the coordinates by which Christian Petersen's fiction can be charted. From the building of the Gaol at Soda Creek to ruminations on the origins of the Barkerville fire, All Those Drawn to Me explores the unpredictable, romantic and spiritual qualities of life in rural BC.

The harshness of the wild west permeates Petersen's second collection of short fiction. In the story "Horse from Persia," a condemned man contemplates the injustice of life at his hanging speech: "I wished mightily that I could climb up on that horse and escape the sorrowful puzzle my days had become. For if it's true time is a gift, mine was not altogether pleasant." But Petersen is just as comfortable extrapolating truths from present-day life, as in "Laketown Breakdown" where a young man struggles to stay on the right side of the law while coping with the death of his parents. And in the title story, "All Those Drawn to Me," Petersen creates a masterful blend, shifting from the gold rush to the contemporary with three motives, three lives and three battles with death on the treacherous waters of the Upper Quesnel River.

Whether in the past or present, Petersen's characters explore romance, poverty and spiritual quandaries as they wander amid the landscape and back streets of the dusty little cities of BC's Central Interior.

Praise For All Those Drawn to Me…

"The Cariboo becomes a character rather than just a setting for Christian Petersen’s collection of stories.

He blends tales from the past and present, drawing on history from the boom times of Barkerville to the building of the gaol in Soda Creek.

Petersen’s writing evokes the clear, crisp air and water that make the Cariboo such a special place in B.C. and how those natural elements can help influence the people who choose to call it home." — Nanaimo Bulletin

Christian Petersen has lived in Williams Lake, BC, for most of the past twenty years. He grew up in Quesnel, and the Cariboo-Chilcotin is the landscape of his fiction. His first collection of stories, 'Let The Day Perish', was published in 1999 by Beach Holme Publishing and his novel, 'Outside The Line', was published in 2009 by Dundurn Press. He holds a BA in Writing from the University of Victoria, and a Master's in Education from the University of New Brunswick.
Loading...
or
Not Currently Available for Direct Purchase