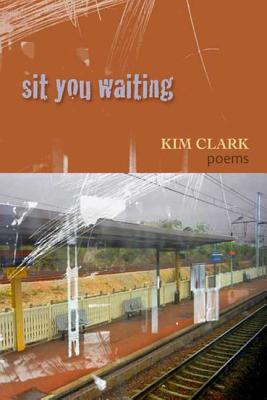 Kim Clark believes that before multiple sclerosis began its insidious infiltration, there was no writing in her. That somehow the damaging changes that shut down certain functions in her brain also opened up other unused areas that housed a secret love affair with language and all its possibilities, its delicious sights and sounds and intimations.

The poems in Sit You Waiting are not about disease, but about everyday occurrences that have allowed Clark the luxury of contemplation through compulsory inertia and altered perceptions.

They vary in form and texture while maintaining a musicality, a sense of playfulness within the words that carries you from BC's beaches to Australia's Nullarbor Plain, from the neighbourhood pub to the cemetery, from pot roast country to the passport office—places where breakfast/ doesn't matter/ any more/ than the notion/ of romance.

Come in. Sit down. Wet your whistle.

Kim Clark lives on Vancouver Island. Disease and desire, mothering and the mundane propel her ongoing journey between poetry and prose. Kim's work can be found in 'Body Breakdowns' (Anvil Press), the 'Malahat Review', e-zines and other publications in Canada and the US. She was a 2010 winner in the 'scratch' Poetry and Fiction Contests and was short-listed in the 'Malahat Review' 2010 Novella Contest. Kim holds a BA in Creative Writing from Vancouver Island University and has editedfor 'Artistry' and 'Portal'. Her first book was 'Attemptations' (Caitlin, 2011).
Loading...
or
Not Currently Available for Direct Purchase