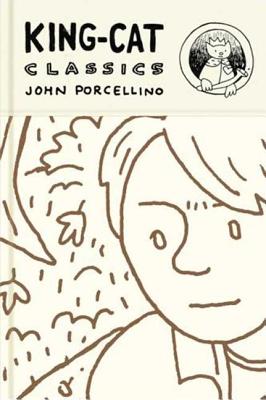 The definitive collection of the influential comic zine

John Porcellino has long been considered the greatest of all cartoonists coming from the self-publishing and zine movement of the early '90s. His spare approach with words and pictures focuses on the smallest of details, revealing a wealth of meaning and emotion in everyday events that most of us overlook in our daily hustle and bustle. Since 1989, he has released more than sixty-five issues of his self-published comic King-Cat Comics and Stories. This large collection focuses on the first fifty issues, with extensive endnotes and an index, along with selections of all the extra ephemera that makes an individual issue of King-Cat its own unique experience—essays, articles, stories, and letters from friends. Included are more than two hundred and fifty pages of comics, ranging from Porcellino's earliest scrawls to his later, perfectly minimalist delineations. The comics range through all of his concerns—family, family pets, the natural world, work, music, romance. This book presents an artist who always knew what he wanted to do. King-Cat Classics shows Porcellino's confidence and skill as it grows steadily through the past fifteen years.

“Punk rock was a revelation to the young John Porcellino, showing him that anyone could make art without formal education or technical virtuosity. However, unlike many people who have taken this lesson to heart, Porcellino is a born artist, someone whose nerve endings seem more sensitive to both the pain and the mystery at the center of this existence.” —Baltimore City Paper