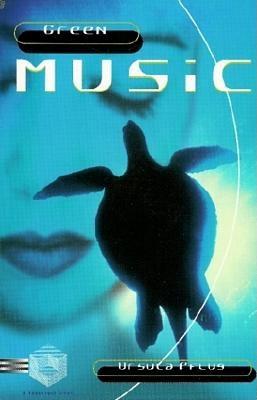 "Sometimes he swam on his back and then the stars would make pinholes in his eyes, sinking, sinking until they came to rest in the darkness of his brain, sleeping reflections to their brothers across the void of space. Then they were in his mind, and he could hear them."

Green Music blends the gritty reality of Toronto's studio district with a medieval tropical paradise shaped by the union of sea turtles and humans. A struggling artist, overwhelmed by grief and the strange tales of a Great Lakes mariner, embarks on an epic journey into an unknown world. In her debut novel, Ursula Pflug delivers a shimmering narrative, gliding effortlessly between humour and psychological insight, delving deep into the unexplored depths of magic realism and fantasy.

Ursula Pflug is an award-winning Canadian writer of speculative and literary short fiction published frequently in Canada, the U.S., the U.K. and on the World Wide Web. Her brilliant, evocative stories can be found in many of the Tesseracts anthologies. Ms. Pflug has also written for stage, film and television, including commissioned historical dramas. She has lived in rural Peterborough Country with her husband and their two children for fifteen years.
or
Not Currently Available for Direct Purchase
Copyright © 2020 American Booksellers Association