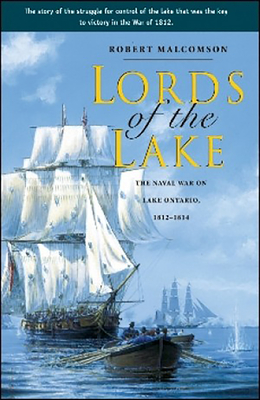 Lords of the Lake

Of all the struggles that took place along the border between the United States and Britain's provinces in Canada during the War of 1812, the one that lasted the longest was the battle for control of Lake Ontario. Because the armies depended on the lake for transportation, controlling it was a key element in the war on land. Both Britain and the US threw manpower and resources into efforts to build inland navies, culminating on the British side in a ship larger than Nelson's Victory. This is the first full-length study of this aspect of the War of 1812.

The late Robert Malcomson was a leading expert on the War of 1812 and the Age of Sail on the Great Lakes. He wrote several acclaimed books, including Capital in Flames: The American Attack on York, 1813 and A Very Brilliant Affair: The Battle of Queenston Heights, 1812, and was well known for the battlefield tours he led of the battlefield at Queenston Heights for the Friends of Fort George.
Loading...
or support indie stores by buying on