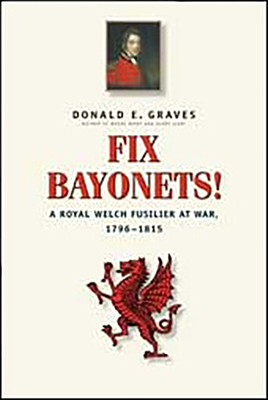 Thomas Pearson, a country parson's son, was commissioned in the 23rd Foot, Royal Welch Fusiliers, in 1796. In a career spanning 47 years he fought on three continents, was wounded five times, received two battlefield promotions and achieved the rank of general.Fix Bayonets! follows this hard-biting soldier in the deserts of Egypt, the dikes of the Netherlands, the jungles of the West Indies, the mountains of Spain and the wilderness of America. Through Pearson's true-life adventures we learn about war, wine, women and song in a fascinating epoch and meet a cast of famous and infamous characters, including King George III, Napoleon, the Duke of Wellington, James Madison, Winfield Scott, Mar?chal Soult, Lord Nelson and Major General William (Auld Grog Willie) Stewart.The centrepiece is a detailed account of the bloody battle of Albuera in 1811. Albuera was the high point of Pearson's career - he went into it as a junior major in his brigade and came out as the brigade commander because he was the only officer above the rank of captain still standing.