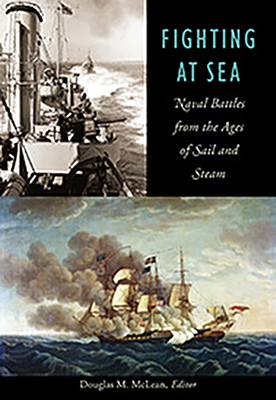 Naval Battles from the Ages of Sail and Steam

Donald E. Graves explains the role of the Royal Navy in the Siege of Quebec in 1759 that led to its capture by Britain in the Battle of the Plains of Abraham. British historian Andrew Lambert describes how the USS President was defeated by HMS Endymion in 1815, near the end of the War of 1812, and American William S. Dudley recounts the last battle of Old Ironsides, USS Constitution in which the famous ship was triumphant. Douglas M. McLean describes a four-day battle against U-boats stalking a major convoy in the North Atlantic during Wolrd War II. Michael Whitby describes in detail a nighttime destroyer battle in the English Channel, as the Germans attempted to harass supply lines to the Normandy beaches. Finally British historian Malcolm Llewellyn-Jones describes the intricacies of the hunt for a U-boat in British coastal waters. The book is well illustrated and there are detailed maps of the episodes described.