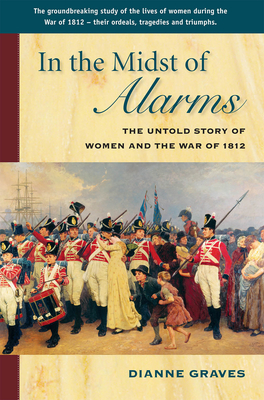 In the Midst of Alarms

The Untold Story of Women and the War of 1812

The War of 1812 between the United States and Britain has been covered in detail by many historians, but its impact on the lives of women has been largely overlooked. After years of research, Dianne Graves has produced a marvelous study of how the war affected women at all levels of society, from high society in Washington and Quebec to the women who followed their husbands to the front lines. She brings to life the untold stories of wives, daughters, heroines and harridans, as revealed in memoirs, diaries and letters of the time. The book is well illustrated with portraits, cartoons of social comment and styles of dress of the time.

Dianne Graves is the author of two previous books. In the Midst of Alarms examined the experiences of women in the War of 1812 She has also written a children's book about the Battle of the Windmill in 1838.
Loading...
or support indie stores by buying on
(This book is on backorder)