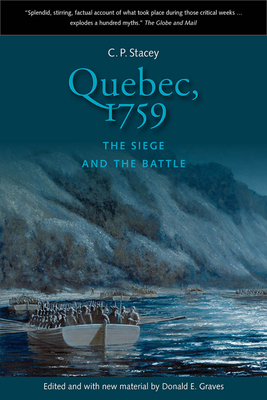 The Siege and the Battle

The fall of Quebec in 1759 to British forces under James Wolfe led to the ultimate defeat of the French empire in North America. The dramatic battle on the Plains of Abraham not only set the course for the future of Canada; it opened the door to the independence of the American colonies some 20 years later. Stacey's account is regarded as the best ever written. This new edition contains all the text and the pictures of the previous editon, in a smart and generous new format.

C.P. Stacey (1906-1989), regarded by many as Canada's finest military historian, served as the Canadian army's historical officer in London during World War II.Donald E. Graves is well know as author and editor of many books of military history.