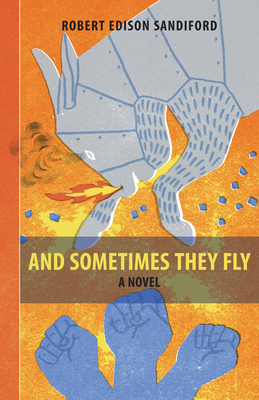 And Sometimes They Fly

The disasters of 9/11 trigger a Cataclysm that is unleashed every so many cycles. It can only be averted by the selfless act of the Elect, a trio of exceptional humans who are guided by Milton, a being known as an Elder. The three, all Barbadians, are David Rayside, Marsha Durant and Franck Hurley. And it is their time: to save the world before the deadliest characters of their legends and myths-the baccou, the steel donkey, la djables, and the heart man-destroy it.... All their lives, the Elect have had their abilities: David, the power of flight; Marsha, incredible strength; and Franck, super speed. With great power may come great responsibility, yet the choice to act or not remains theirs. Milton, like his adversary, Mackie (short for Machiavelli), is an Elder who can inform, not influence, the course of events. Are the Elect mature enough to decide what's best for humanity? The longer they take to agree to Milton's plan, which he can't reveal until they are all on board, the more their world is overrun with Caribbean folklore creatures.... Set in Bridgetown and Montreal ('where much of the Diaspora live'), And Sometimes They Fly questions notions of the heroic. Where do heroes-a region's but also a culture's heroes-come from? George Woodcock once noted that, unlike Americans or the British, 'Canadians do not like heroes, and so they do not have them.' Humanity is in trouble if this is also true about Barbadians.

Robert Edison Sandiford is the author of three short story collections, Winter, Spring, Summer, Fall (1995) and The Tree of Youth (2005) and Intimacy 101: Rooms and Suites (2013); the graphic novels Attractive Forces (1997), Stray Moonbeams (2002) and Great Moves (2010); a travel memoir, Sand for Snow: A Caribbean-Canadian Chronicle (2003); and edited with Linda M. Deane Shouts from the Outfield: The ArtsEtc Cricket Anthology (2007). He is a founding editor of ArtsEtc: The Premier Cultural Guide to Barbados (artsetcbarbados.com), and has worked as a journalist, book publisher, video producer with Warm Water Productions, and teacher. He has won awards for both his writing and editing, including Barbados' Governor General's Award of Excellence in Literary Arts and the Harold Hoyte Award, and been shortlisted for the Frank Collymore Literary Award. He still divides his time between Canada and Barbados.
Loading...
or
Not Currently Available for Direct Purchase