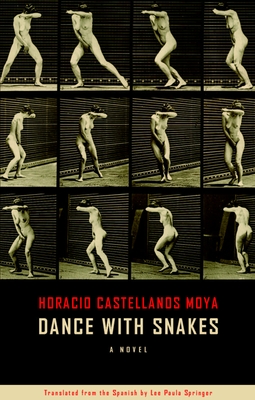 
Praise For Dance with Snakes…

"Dance With Snakes is harrowing and violent, a deliberate and relentless effort to shock the reader. And, you will be shocked. There is something in here for everyone, to the extent that all boundaries are crossed and morals broken into insignificant pieces. Yet it is the ease with which Moya shows this happening that is the novel's greatest strength."—Damian Kelleher

"Dance with Snakes is the more “pulse-pounding” of the two novels, for sure, but both offer up incredible characterizations and Moya’s takes on the political situation in Latin America, with plenty of barbs directed at religion and the police. Hopefully we will see more of his fiction translated in the coming years."—Rain Taxi

"The raw yet aloof descriptions of brutality throughout the novel keep the reader fully engaged."—The Uniter

Horacio Castellanos Moya was born in 1957 in Honduras, but grew up in El Salvador. He has lived in Guatemala, Canada, Costa Rica, Mexico, Spain and Germany. His work has been translated into German, French, Italian, and Portuguese. His novel Senselessness was published in English to universal critical acclaim in 2008 by New Directions. He has published eight novels and is now living in exile as part of the City of Asylum project in Pittsburgh, Pennsylvania.
Loading...
or
Not Currently Available for Direct Purchase