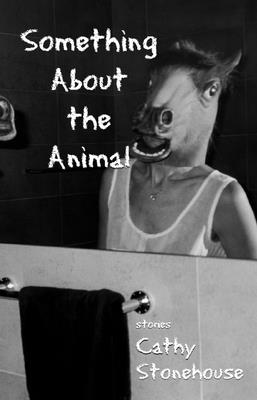 Something about the Animal

In Something About the Animal, Cathy Stonehouse's first collection of short fiction, the world keeps coming apart at the seams: these are stories of imminent and often destructive crisis, which in their form and structure capture the hysterical edge of hallucinatory madness in a way few writers have ever managed. These are stories about the search for meaning, of fragile, haunted understanding; real life horror stories, stories bleakly, blackly humorous, but also imbued with real hope, generosity, and beauty; stories simply not reducible to cover copy. Cathy Stonehouse is a nightmarishly gifted author, and Something About the Animal is that rather magical exception to the rule; a truly breathtaking, unforgettable debut.


Praise For Something about the Animal…

"Stonehouse's skill lies in her ability to render a topsy-turvy world without alienating her reader. Her writing is disarming and fearless ... The violence, pain, and vulnerability Stonehouse seems drawn to creatively make for intense reading, yet an ease with shifts in time, a mastery of suspense, and perfect, revealing last lines soften the blows." - The Malahat Review

"The world as it appears in Cathy Stonehouse’s debut story collection is a frightening place, violent and inimical ... All this degradation results in a rather relentless reading experience, but Stonehouse’s intent is not exploitative; instead, she couches her sensibility in a technique that is frankly, almost defiantly, literary." - The National Post

"Cathy Stonehouse performs a delicate balancing act with her first book by presenting troubling subject matter with precise and expressive prose. Even the saddest moments are sometimes beautifully rendered ... Something About the Animal brings us to a dark place but leaves just enough light on to make it through the night." - The Rover

Cathy Stonehouse: Cathy Stonehouse is the author of a poetry collection, The Words I Know (Press Gang Publishers, 1994). Her writing (poetry, fiction, nonfiction) has also appeared in numerous magazines, newspapers and anthologies including The Globe and Mail, The Literary Review of Canada, Descant, Grain, The Malahat Review, The New Quarterly, Dropped Threads 3: Beyond the Small Circle (Random House 2006), White Ink: Poems on Motherhood (Demeter Press, 2006) and Best Canadian Stories 09. Between 2001 and 2004 she edited the award-winning literary journal Event and in 2008 co-edited the well-received creative nonfiction anthology Double Lives: Writing and Motherhood (McGill-Queens University Press, 2008). Born and raised in the UK, she holds a BA in English from Wadham College, Oxford and an MFA in Creative Writing from the University of British Columbia. A tutor, editor and creative writing instructor she lives in East Vancouver with her husband and daughter.
Loading...
or
Not Currently Available for Direct Purchase