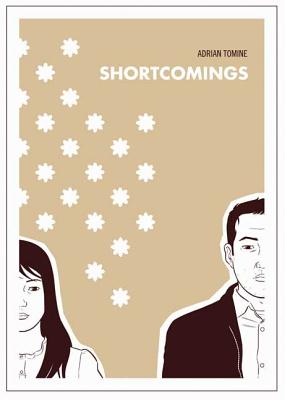 FROM THE PREEMINENT CARTOONIST OF HIS GENERATION, THE MOST ANTICIPATED GRAPHIC NOVEL OF 2007

"Shortcomings," Adrian Tomine's first long-form graphic novel, is the story of Ben Tanaka, a confused, obsessive Japanese American male in his late twenties, and his cross-country search for contentment (or at least the perfect girl). Along the way, Tomine tackles modern culture, sexual mores, and racial politics with brutal honesty and lacerating, irreverent humor, while deftly bringing to life a cast of painfully real antihero characters. A frequent contributor to "The New Yorker," Tomine has acquired a cultlike fan following and has earned status as one of the most widely acclaimed cartoonists of our time.

"Adrian Tomine . . . may be the best prose writer of the bunch. His young people, falling in and out of relationships, paralyzed by shyness and self-consciousness, take on a certain dignity and individuality." --Charles McGrath, The New York Times Magazine
"[Shortcomings] follows moody movie-theater owner Ben Tanaka, who struggles to hang on to his Asian girlfriend while secretly lusting after white ladies. He's sad and somewhat despicable, and yet Tomine, being the understated virtuoso he is, effortlessly spins him into a Gen-X hero." --Entertainment Weekly

Adrian Tomine is a graduate of U.C. Berkeley and lives in Brooklyn, New York. His illustrations have appeared in myriad publications, including The New Yorker, Esquire, and Rolling Stone, and his stories have appeared in The Best American Nonrequired Reading and An Anthology of Graphic Fiction, Cartoons, and True Stories.
Loading...
or
Not Currently Available for Direct Purchase