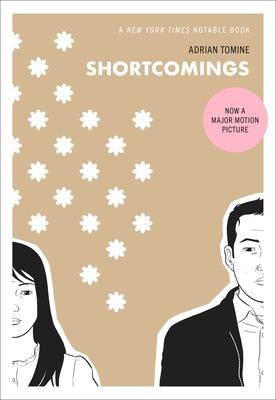 Lauded for its provocative and insightful portrayal of interpersonal relationships, Adrian Tomine's politically charged Shortcomings was one of the most acclaimed books of 2007. Among many interviews and reviews in outlets around the country, Tomine was interviewed by Terry Gross on NPR's Fresh Air and also in The Believer, New York magazine, and Giant Robot. Shortcomings landed on countless "best of" lists, including those in Entertainment Weekly and The New York Times; was praised by Junot Díaz in Publishers Weekly; and was the subject of a solo review in The New York Times Book Review that drew comparison between Tomine and Philip Roth. The groundbreaking graphic novel now returns in paperback.

“Meticulously observed . . . Pitch-perfect and succinct. [Tomine] is an invisible reporter, a scientist of the heart.” —The New York Times Book Review

“Exploring race, adulthood, and ambition with exquisitely tuned humor and poignancy, Shortcomings is a graphic narrative as piercingly realistic as any prose fiction. A” —Entertainment Weekly

“Shortcomings is Tomine's richest and most rewarding read, packed with the most human characters he has ever created.” —Star-Tribune (Minneapolis)

“One of the most masterful cartoonists of his generation . . . [Shortcomings is] equal parts poignant, hilarious, and sad.” —The Village Voice