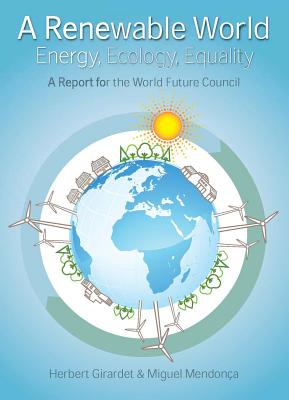 Energy, Ecology, Equality - A Report for the World Future Council

Climate change - and its environmental, economic and socal consequences - is set to become the greatest challenge for humanity in the 21st century. There has been much new research and much recent publicity about the huge problems facing us, but plausible proposals on how to deal with these are, so far, woefully inadequate. A few reports have given some indications about what can actually be done to get to grips with climate change, but very little has so far been written about how the necessary changes can be brought about. A Renewable World, a flagship publication of the World Future Council, is intended to fill an important knowledge gap. It treats the subject as an ethical problem to be addressed on behalf of future generations. It builds on the best thinking on climate and energy to be found across the world. It also integrates much of the research and campaign work being done by the WFC - the work on feed-in tariffs, energy efficiency, sustainable agriculture, sustainable cities, future justice and the KidsCall campaign. World Future Councillors and staff have been centrally involved in shaping this project and in giving it the substance that will make it stand out.

Prof. Herbert Giradet is an author, consultant and filmmaker. He is an honorary fellow of the Royal Institute for British Architects (RIBA), a patron of the Soil Association, and a recipient of a UN Global 500 Award ?for outstanding environmental achievements?. In 2003 he was ?Thinker in Residence? in Adelaide, developing sustainability strategies for South Australia. He is visiting professor at the University of Northumbria, Middlesex University, and the University of West of England.