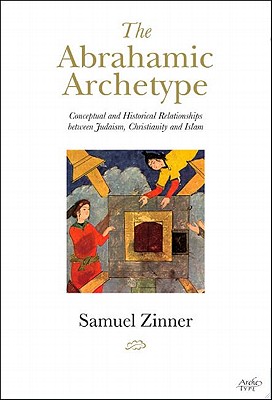 Conceptual and Historical Relationships between Judaism, Christianity and Islam

The Abrahamic Archetype is a major scholarly achievement that sheds light on what is similar and what is distinctive in the three Abrahamic religions of Judaism, Christianity, and Islam. It examines the interplay between outward historical forces in religious and esoteric domains and the inward worlds of transcendent values and ideas. Intellectual archetypes, or constellations of religious and esoteric ideas, are the principles which determine the organic integration of outward historical influences which the various religions encounter and share. Zinner emphasizes the unity and diversity of faith which characterize esoteric traditions of Jewish Kabbalah, Sunni Sufism, Shi'i Gnosis, and Christian theology, especially accentuating the dogmas of the Trinity, Christology, and crucifixion on the one hand, and on the other, esoteric ideas regarding unio mystica (mystical union) in the three Abrahamic faiths. The book contains a detailed reconstruction of the esoteric traditions, theology, and history of Jewish Christianity beginning in the era of Jesus' 'brother' and successor James the Just and elucidates to what extent this Jamesian Christianity might parallel Islamic history and ideas.

Samuel Zinner, historian, linguist, and religious scholar, is an expert on Abrahamic religions, Hellenistic philosophy, and esoteric traditions. He is currently a member of Logos Philosophical Institute, an international scholarly consortium. He received his PhD in the United States from the University of Nebraska-Lincoln where he studied philology, literature, history, and religion. He divides his time between Europe and Morocco.
or
Buy Here
Copyright © 2020 American Booksellers Association