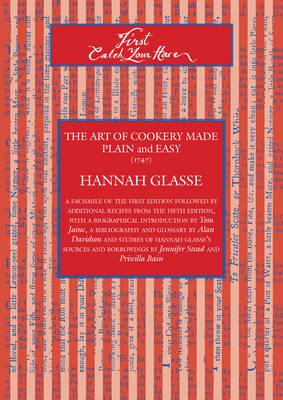 It is important in all sorts of ways: it was written by an independent woman; it was composed with an uninstructed servant-class in mind; it exemplifies the battle between English and French influences in the kitchen; it contains some important recipes (not least, the first in English for curry). This facsimile is provided with a biographical introduction, an extensive glossary of cookery terms, and two essays on the sources of Hannah Glasse's recipes. Glasse was reprinted countless times through the 18th century and her book was quickly republished in America. The life story of the author herself is also of great interest: she was a relatively uneducated, illegitimate daughter of a Northumbrian gentleman, who left home early for a not-very-successful suitor, who set herself up in business in the fashion industry with great aplomb (even if bankruptcy was the final episode) and who wrote and sold her books with an eye to a useful income.

Hannah Glasse was born illegitimate and unwanted in 1708, albeit within the professional, upper middle-class. She rushed into marriage aged just sixteen, to an Irish soldier named John Glasse and she bore him ten children of whom only five survived. Needi
Loading...
or support indie stores by buying on