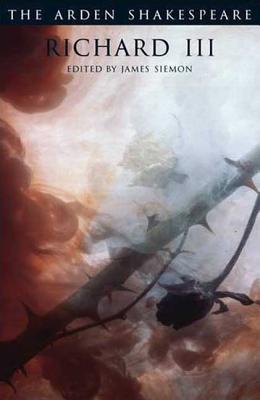 Richard III is one of the great Shakespearean characters and roles. James R Siemon examines the attraction of this villain to audiences and focuses on how beguiling, even funny, he can be, especially in the earlier parts of the play. Siemon also places King Richard III in its historical context; as Elizabeth I had no heirs the issue of succession was a very real one for Shakespeare's audience. The introduction is well-illustrated and provides a comprehensive account of the play and of critical approaches to it.

The edition also provides a clear and authoritative playtext, edited to the most rigorous standards of scholarship, with detailed notes and commentary on the same page. With a wealth of helpful and incisive commentary the Arden Shakespeare is the finest edition of Shakespeare you can find, giving a deeper understanding and appreciation of his work.

"A detailed, scholarly introduction...Siemon delivers impressively...particularly in the in-depth annotations that crowd the 290 pages of text in this epic history play....Commentary and collations...necessary notes, providing historical context, chronology, and pedigrees, a pattern that is repeated throughout this edition. Siemon's notes are elaborate when appropriate, and consolidated...when necessary...He authoritatively charts its historical contexts and complex theatrical afterlife."—Around the Globe magazine

James R Siemon is Professor of English at Boston University
Loading...
or support indie stores by buying on