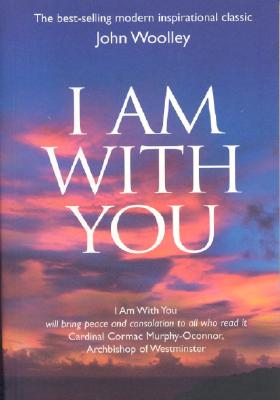 I Am with You

I Am With You will bring peace and consolation to all who read it. Cardinal Cormac Murphy-O'Connor, Archbishop of WestminsterDuring his work as a hospital chaplain, John Woolley received many words of divine encouragement from the Lord during prayer. He has passed on these words in a series of titles which have inspired and uplifted tens of thousands, even changed their lives. I Am With You was first published in 1985 as a hardback, and since 2005 has been published in paperback. This is the first in the series of devotional books of heart whispers which John Woolley received. Companion volumes published by O-Books are Abide in My Love, I Am With You; for Young People and the Young At Heart, Many Mansions and My Burden is Light.

The Rev. John Woolley was ordained a priest in the Church of England in 1964 and served parishes in Liverpool Diocese for many years before becoming a chaplain in hospitals in Sunderland and Hertfordshire. He died in 2008. Find more on Father Woolley and his work at http: //www.iamwithyou.co.uk/about.ph
Loading...
or
Not Currently Available for Direct Purchase