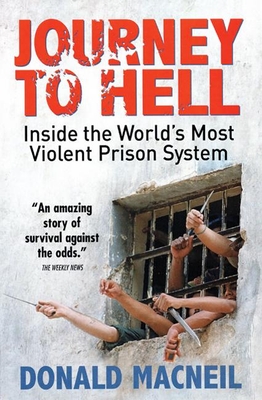 Inside the World's Most Violent Prison System

Donald MacNeil was teaching sailing in the north of England when he was hired to skipper a yacht across the Mediterranean. The pay was good and the work was easy--or so he thought. But the truth was soon revealed: He had to sail the Atlantic to South America to collect one of the biggest hauls of cocaine ever bound for the United Kingdom.

Realizing he knew too much about the gangsters who had hired him, he saw that refusal wasn't an option. There followed a harrowing journey to Venezuela, where almost 50 million of coke was waiting. But before they could escape, MacNeil and his fellow crewman were arrested. They were found guilty of drug smuggling and sentenced to six years in the notorious island prison of San Antonio.

MacNeil soon discovered why Venezuela's prisons are the most violent in the world, with hundreds killed every year in riots, vendettas, and petty disputes. Thrown into a filthy, overcrowded dormitory and surrounded by armed gangs and crack addicts, he faced a daily fight to survive. Ferocious guards beat prisoners indiscriminately, and many cut themselves in "blood strikes" to protest against the scarce food, undrinkable water, and lack of medical care. Finally, a war broke out between the two prison compounds, involving guns, machetes, and even grenades.

Through it all, MacNeil clung to the belief that one day he would be home. Journey To Hell is a harrowing but compelling account of one man's extraordinary will to survive in a world gone mad.

Donald MacNeil has worked as a sailing instructor and in mountain rescue. He is currently rebuilding his life in Scotland.

Donald MacNeil has worked as a sailing instructor and in Mountain Rescue. To complete his jail term he taught English at a language academy. He is currently rebuilding his life in Scotland.
Loading...
or
Not Currently Available for Direct Purchase