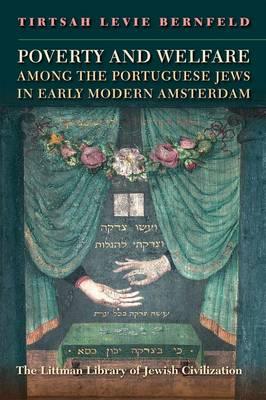 National Jewish Book Awards Winner of the Mimi S. Frank Award in Memory of Becky Levy for Sephardic Culture, 2012. The reputed wealth and benevolence of the Portuguese Jews of early modern Amsterdam attracted many of poor and impoverished people. Not only ex-conversos from the Iberian peninsula but also Jews from many different countries moved into a city that was both prosperous and renowned for its relative tolerance. They were hoping for a better future, away from persecution, wars, and economic malaise. Behind the facade of richness, however, poverty was a serious problem for the Portuguese Jewish community. It was one of the main themes that preoccupied the leadership and influenced its policy on admitting newcomers: the struggle to keep poverty under control and ensure that finances were available for welfare was paramount. Tirtsah Levie Bernfeld looks at poverty and welfare from the perspective of both benefactors and recipients. Looking at the benefactors, she analyses their motives for philanthropy and identifies the different cultural influences that shaped their commitment to welfare. While charting its specific dimensions she also examines the decision-making processes of communal bodies and private philanthropists. At the same time, her detailed study succeeds in bringing the poor to life: she considers what brought them to Amsterdam; aspects of their daily life in the petitions they sent to the different welfare institutions; and the survival strategies offered by work, education, and charity. In doing so she considers the related questions of social mobility, the level of obedience among the poor Sephardim, and their motivation for joining the Amsterdam Portuguese community. Her research takes her beyond the established margins of the community to the small but active groups of Sephardi bandits, who formed their own clandestine networks. Special attention is also paid to poor women, who whether arriving alone or left behind, headed small family units and were often singled out for relief. In this way the book makes a much-needed contribution to the study of gender, in Jewish society and more generally. This ground-breaking, multi-faceted study of the dynamics of the relationship between the rich and the poor adds a nuanced new dimension to the understanding of Jewish life in the early modern period.