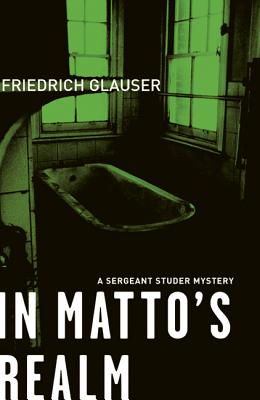 "Despairing plot about the reality of madness and life, leavened with strong doses of bittersweet irony. The idiosyncratic investigation and its laconic detective haven't aged one iota."--Guardian

A child-murderer escapes from a Swiss insane asylum. The stakes get higher when Detective Sergeant Studer discovers the director's body, neck broken, in the boiler room of the madhouse. The intuitive Studer is drawn into the workings of an institution that darkly mirrors the world outside. Even he cannot escape the pull of the no man's land between reason and madness where Matto, the spirit of insanity, reigns.

Addicted to morphine, Friedrich Glauser spent much of his life in psychiatric wards and prison. He began writing mystery novels while an asylum inmate in 1935.

Mike Mitchell is a well-known translator of German works and the winner of a number of literary prizes. He has translated the other Studer novels as well. Mike Mitchell has translated some thirty books and won the Schlegel-Tieck German translation prize.
or
Not Currently Available for Direct Purchase
Copyright © 2020 American Booksellers Association