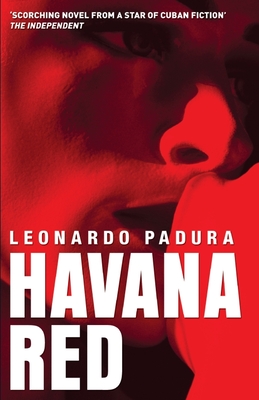 "A magnificent novel. Haunted by the tragic story and passion of its characters."--Magazine Litt raire

The first of the Havana quartet featuring Inspector Mario Conde, a tropical Marlowe. A young transvestite in a beautiful red dress is found strangled in a Havana park. Conde's investigation into a violent murder exposes a stifling, corrupt society, a Cuban reality where nothing is what it seems. A dark and fascinating world of men and women born in the revolution who live without dreaming of exile and seek their identity in the midst of disaster.

Leonardo Padura lives in Cuba. He is a novelist, essayist, journalist and scriptwriter. Havana Red has won numerous literary prizes, including the Hammett prize in Spain.

Leonardo Padura was born in 1955 in Havana. He is a prize winning novelist, essayist, journalist and scriptwriter. International fame came with the publication of the Havana Quartet, all featuring Lieutenant Mario Conde, of which Havana Black is the second to be available in English.The Quartet has been translated into seven languages and has won numerous prizes including Spain's Hammett Prize. Leonardo Padura has just won the 2015 Princess of Asturias Literary prize for his life's work. This prize is said to be the Spanish Nobel Prize. Previous winners include Philip Roth, John Banville, Margaret Atwood, Amin Maalouf and Ismail Kadare. Padura is most famous for his Inspector Mario Conde novels, all published in English by Bitter Lemon Press.
Loading...
or support indie stores by buying on