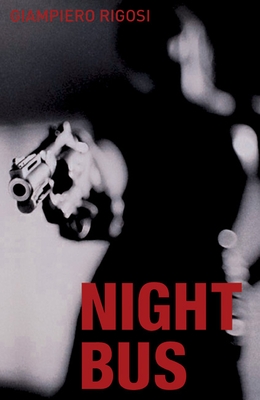 "An ironic and relentless thriller. A chase that won't let you catch your breath until the last page."--Carlo Lucarelli, author of Day after Day

"A perfect blend of a fast-paced chase film with biting satire; pot-shots taken at politicians, the secret service, the police, the idle and less idle rich, and other urban low-lifers. Let war begin."--La Republica

"Inspired by the hard-core writing of Elmore Leonard and Donald E. Westlake. Rigosi takes things a step further with a gift for drawing relevant and unforgettable characters."--Il Manifesto

Leila is young, beautiful and a hustler. She robs hapless men picked up in the night clubs of Bologna. Easy money, until she ends up with a document at the center of a plot of political blackmail. In an atmosphere of intense paranoia two secret service operatives, a goon hired by the blackmailer and the police all pursue Leila for the document and a suitcase full of dollars meant to be the pay-off. She joins forces with Francesco, a bus driver and gambling addict on the run from the Bear, a terrifying debt collector. Suitcases and blackmail notes change hands at a frenetic pace against a background of torture and murder.

Production of the film of Night Bus began in October 2005.

Giampiero Rigosi, born in 1962, lives and works in Bologna. He is an acclaimed literary critic, short-story and song writer as well as a producer of radio programs on mystery literature. Night Bus is his first crime novel.

Born in 1962, Rigosi lives and works in Bologna. He is a much acclaimed literary critic, short story and song writer as well as a producer of radio programs on cinema noir and mystery literature. Ann Goldstein works for The New Yorker but her passion is translating from Italian. She has written prize winning translations of Roberto Calasso and Pier Paolo Pasolini.
Loading...
or support indie stores by buying on