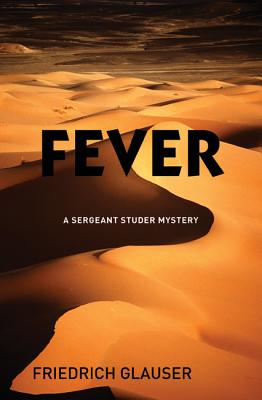 Praise for Friedrich Glauser's other Sergeant Studer novels:
"Thumbprint is a fine example of the craft of detective writing in a period which fans will regard as the golden age of crime fiction."--The Sunday Telegraph

"In Matto's Realm is both a compelling mystery and an illuminating, finely wrought mainstream novel."--Publishers Weekly

"A despairing plot about the reality of madness and life, leavened with strong doses of bittersweet irony. The idiosyncratic investigation of In Matto's Realm and its laconic detective have not aged one iota."--Guardian

"With good reason, the German-language prize for detective fiction is named after Glauser. . . . He has Simenon's ability to turn a stereotype into a person, and the moral complexity to appeal to justice over the head of police procedure."--The Times Literary Supplement

When two women are "accidentally" killed by gas leaks, Sergeant Studer investigates the thinly disguised double murder in Bern and Basel. The trail leads to a geologist dead from a tropical fever in a Moroccan Foreign Legion post and a murky oil deal involving rapacious politicians and their henchmen. With the help of a hashish-induced dream and the common sense of his stay-at-home wife, Studer solves the multiple riddles on offer. But assigning guilt remains an elusive affair.

The third in the Sergeant Studer series.

Diagnosed a schizophrenic, addicted to morphine and opium, Glauser spent the greater part of his life in psychiatric wards, insane asylums and prison. His Sergeant Studer novels have ensured his place as a cult figure in Europe. Mike Mitchell is a well-known translator of German works and the winner of a number of literary prizes. He has translated the other Studer novels as well.
or
Not Currently Available for Direct Purchase
Copyright © 2020 American Booksellers Association