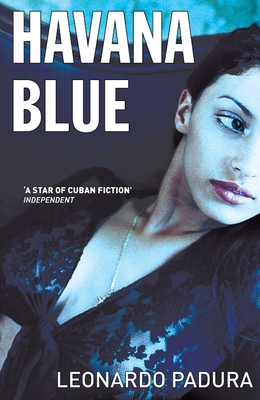 Praise for the Havana Quartet:

"Overlaid with a rich smoky patina, an atmosphere that reeks of slums and riches, cigar smoke and exotic perfumes. Havana Black is a strong tasting book, a rich feast of wit and feeling."--The Independent

"Drenched with that beguiling otherness so appealing to fans of mysteries of other cultures, it will also appeal to those who appreciate the sultry lyricism of James Lee Burke."--Booklist

"A great plot, perfectly executed with huge atmosphere. You can almost smell the cigar smoke, rum and cheap women."--Daily Mirror

Lieutenant Mario Conde is suffering from a terrible New Year's Eve hangover. Though it's the middle of a weekend, he is asked to urgently investigate the mysterious disappearance of Rafael Morin, a high-level business manager in the Cuban nomenklatura. Conde remembered Morin from their student days: good-looking, brilliant, a "reliable comrade'' who always got what he wanted, including Tamara, the girl Conde was after.

But Rafael Morin's exemplary rise from a poor barrio and picture-perfect life hides more than one suspicious episode worthy of investigation. While pursuing the case in a decaying but adored Havana, Conde confronts his lost love for Tamara and the dreams and illusions of his generation.

Leonardo Padura was born in 1955 in Havana and lives in Cuba. He has published a number of novels, short story collections and literary essays but international fame came with the Havana Quartet, all featuring Inspector Mario Conde, of which Havana Blue is the third to be available in English Critically acclaimed translator known for extensive work on Juan Goytisolo. Also translated Daniel Chavarria and Pedro de Alarcon from Cuba. Leonardo Padura has just won the 2015 Princess of Asturias Literary prize for his life's work. This prize is said to be the Spanish Nobel Prize. Previous winners include Philip Roth, John Banville, Margaret Atwood, Amin Maalouf and Ismail Kadare. Padura is most famous for his Inspector Mario Conde novels, all published in English by Bitter Lemon Press.
or
Not Currently Available for Direct Purchase
Copyright © 2020 American Booksellers Association