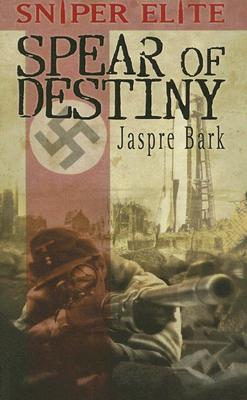 Turns the best-selling computer game into a thrilling action story.

Inspired by the popular videogame, this is a hi-octane shoot ‘em up set against an alternate historical backdrop and rife with political intrigue. Berlin,1945: Karl Fairburne is an elite sniper working for the American secret service behind enemy lines. Stalin’s troops have overrun the city to revenge the battle of Stalingrad. They must seize control of Nazi nuclear secrets before their British and American allies. SS General Helmstadt, head of the Nazi nuclear program, is defecting to Russia, but first he plans the ultimate act of vengeance, to make the US pay for the defeat of the Third Reich. If he succeeds Russia will win the Cold War before it has even begun. Karl has one chance to stop him and a single sniper’s bullet will change the course of history.

Jasper Bark writes fiction and comics for grown ups and children. He has written for everyone in British comics, from 2000 AD through to the Beano and Viz. He has published one previous novel A Fistful of Strontium for Black Flame. Prior to this he toured extensively and made numerous radio and TV appearances as a stand up poet. He has also worked as a national film and music journalist and written scripts for short films, radio and stage plays. He has published two books of poetry and was awarded a Fringe First at the Edinburgh Festival in 1999.
Loading...
or support indie stores by buying on
(This book is on backorder)