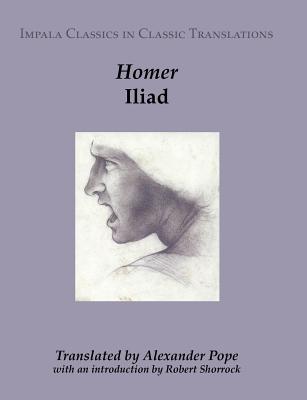 The Iliad is the unchallenged foundation of western literature. Its inexhaustibly fertile subject-matter has fascinated poets and writers from the days of antiquity, via Chaucer, Marlowe ("was this the face that launched a thousand ships and burnt the topless towers of Ilium?") and Shakespeare, on to Goethe and modern Hollywood. This translation by the 18th-century poet Alexander Pope is widely regarded as the most powerful and dramatic in the English Language, and as the new introduction suggests, it stands in its own right as a unique work of art. Unusually for a work of this kind, the text is presented in a reader-friendly format, with generous space for personal annotations and references. Robert Shorrock teaches Classics at Eton College, Windsor. He received his PhD from the University of Cambridge in 1999 and is the author of The Challenge of Epic: Allusive Engagement in the Dionysiaca of Nonnus (Leiden, 2001). He has published a number of articles on epic poetry and the Classical Tradition, and is co-editor of the journal Greece & Rome.