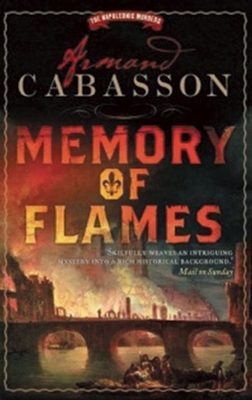 March 1814. With the armies of Russia and Prussia advancing, Paris is in real danger of falling to occupying forces for the first time in 400 years. But at a moment when all efforts should be directed towards the defence of the city, Joseph Bonaparte is concerned with the murder of a retired colonel, and orders Major Margont to conduct a secret investigation into his death. Once again Armand Cabasson marries his phenomenal knowledge of the Napoleonic period with his psychiatric expertise to create a gripping and totally convincing narrative.

Armand Cabasson is a prize-winning author and psychiatrist who lives in the north of France. He is a member of the French Napoleonic Society and has used his extensive research to create a vivid portrait of the Napoleonic campaigns. Isabel Reid studied History and French at Oxford University and has lived in France and Geneva.
Loading...
or support indie stores by buying on