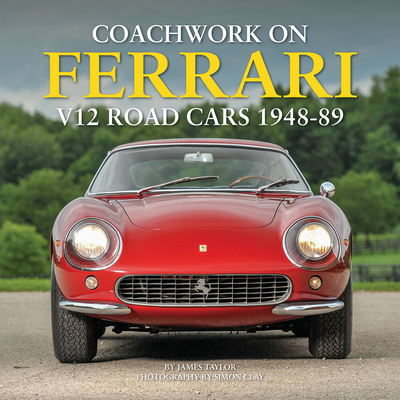 Of all the great cars to bear the Ferrari name, none are as loved, widely respected, or as lusted after as the classic V12 road cars built between 1948 and 1989.

Simon Clay, leading British car photographer, and Dr. James Taylor, automotive historian, work together to present an authoritative review of the often faultless, sometimes audacious, styling of what are now the most treasured and expensive classic cars in the world.


Simon Clay is a freelance photographer specializing in cars, people, and architecture. He trained at Bournemouth & Poole College of Art, and from 1990 to 1996 was employed full-time as the photographer for England's National Motor Museum at Beaulieu.