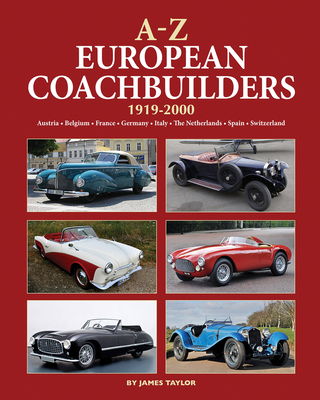 The A-Z entries provide details of the history, activities and specialties of every mainland European coachbuilder that operated between 1919 and 2000, with 450 illustrations.