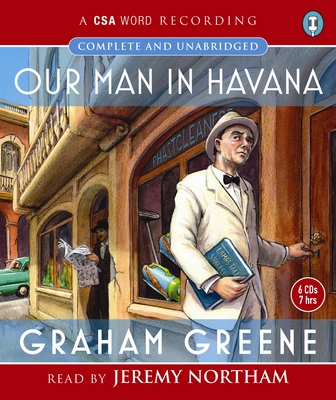 Our Man in Havana

Our Man in Havana, set in Cuba under the Batista regime, was published in 1958 - one year before Castro's revolution in 1959. This comedy thriller focuses on Havana-based vacuum cleaner salesman James Wormold, an Englishman. The story revolves around Wormold's reluctant role in the British Secret Service as 'Our Man in Havana', a post he accepts to fund the spendthrift habits of his beloved daughter. According to some conspiracy theorists, the novel presaged the Cuban Missile Crisis of 1962, which many people feared could have led to World Ware Three. Over the years Our Man in Havana has become an iconic title, along with The Third Man.

Graham Greene (1904-91) was a celebrated English author famous for novels such as The Quiet American, Brighton Rock and The Power and the Glory.
Loading...
or
Not Currently Available for Direct Purchase