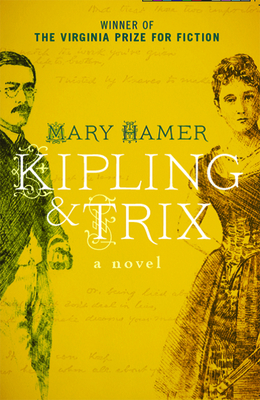 Winner of the Virginia Prize for Fiction As small children, Rudyard Kipling and his sister Trix lived an enchanted life in India playing with their beloved servants and running around freely. Their innocent happiness came to an abrupt end when they were sent back to England to live with strangers and forced to conform to the strict rules of Edwardian society in an alien country. Both brother and sister grew up to become writers, although one lived in the shadow of the other's genius. Rudyard Kipling's incredible life is known to many while his poetry and books have been read by millions " but what became of his talented younger sister? Her story, full of love and lies, became a distressing family secret that was hidden from the world... Mary Hamer has unearthed the truth about Alice Kipling, known to her family affectionately as Trix. In this fictionalised account of their lives, the author goes to the heart of the relationship between a difficult brother and his troubled sister and explores how their early lives shaped the very different people they were later to become.

Mary Hamer taught for many years before deciding to write full-time. She travels widely, though not as widely as Kipling, spending time each year in the United States, where she trained as an actor. In Southwark, where she lives with her husband, she works as a volunteer with young offenders. Her experience as the mother of a step-family helps with this. She has published works of non-fiction before but this is her first novel.
or support indie stores by buying on