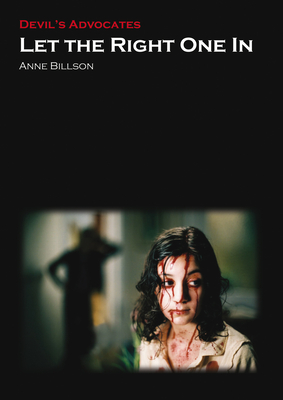 Let the Right One in

These days it takes a very special vampire movie to stand out. Like Twilight, the Swedish film Let the Right One In is a love story between a human and a vampire but there the resemblance ends. Let the Right One In is not a romantic fantasy but combines the supernatural with social realism. Set on a housing estate in the suburbs of Stockholm in the early 1980s, it's the story of Oskar, a lonely, bullied child, who makes friends with Eli, the girl in the next apartment. 'Oskar, I'm not a girl, ' she tells him and she's not kidding. They forge a relationship which is oddly innocent yet disturbing, two outsiders against the rest of the world. But one of these outsiders is, effectively, a serial killer. While Let the Right One In is startlingly original, it nevertheless couldn't have existed without the near century of vampire cinema that preceded it. Acclaimed film critic and horror novelist Anne Billson looks at how it has drawn from, and wrung new twists on, such classics as Nosferatu (1922), how vampire cinema has already flirted with social realism in films like Near Dark (1987) and how vampire mythology adapts itself to the modern world.

Anne Billson is a film critic, journalist, novelist and photographer. In 1993 she was named one of Granta's 'Best Young British Novelists'. She is a regular contributor to, amongst other publications, The Guardian and has written a number of works of fiction and non-fiction, including a highly acclaimed vampire novel Suckers and a volume in the BFI Modern Classics series on John Carpenter's The Thing. She blogs on film at multiglom.com
Loading...
or support indie stores by buying on