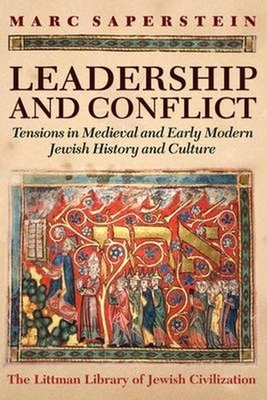 Tensions in Medieval and Early Modern Jewish History and Culture

This masterly collection of essays offers a multifaceted analysis of how Jewish leaders in medieval and early modern times responded to the challenges presented by a changing world. Based largely on the study of sermons and response - genres that show them addressing real situations in the
lives of their people - the book reveals how they handled intellectual, social, and political diversity and conflict. As medieval Jews were exposed to new philosophical ideas, many began to question and challenge rabbinical leadership. Leadership and Conflict explores the process by which these
ideas became more accessible, the doubts that consequently arose regarding certain biblical and rabbinic texts, and the attempt by some leaders to ban the study of philosophical texts altogether. The book also addresses the rhetoric of rebuke used by preachers to criticize behavior within their
community that they considered to be a violation of Jewish law and tradition. Another set of challenges to traditional Jewish life emerged from political developments in the wider world, including the unification of France, the Spanish Inquisition and Edict of Expulsion, and the beginning of the
Counter-Reformation. Leadership and Conflict asks whether criticism of the talent and leadership of rabbis in such times of crisis was justified. The final section of the book is devoted to conflicting attitudes within Jewish society: towards the Holy Land, exile and diasporic existence, and
messianic movements and personalities. Leadership and Conflict represent three decades of scholarship by Professor Marc Saperstein, a distinguished historian. Bringing his perceptive essays together in a single volume allows a new generation of students and scholars to have access to his insights
and conclusions.