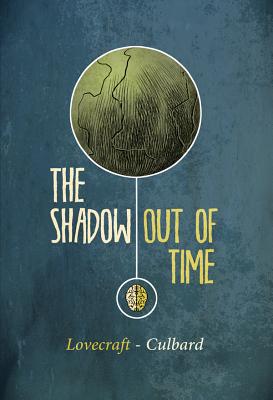 H.P. Lovecraft's The Shadow Out of Time

In 1908, Nathaniel Wingate Peaslee experiences an unfortunate fainting spell. Five years later, he finally returns to his senses, but has no recollection of these lost years of his life. As he attempts to discover what happened during this time, he becomes increasingly tormented by vivid, disturbing dreams—dreams that will lead him on a journey through space and time to unlock the secrets of his past and of the universe.

Praise for The Shadow Out of Time:

“A great way for a novice reader to discover the work of H. P. Lovecraft.” —New York Journal of Books

“Watching Culbard’s fussy gents go stark raving nuts is always a blast, and this one may be his best yet.” —Booklist

H. P. Lovecraft (1890–1937) was one of the most influential horror writers of the 20th century. I. N. J. Culbard has adapted several classics for SelfMadeHero, including At the Mountains of Madness and The Case of Charles Dexter Ward. He lives in Nottinghamshire, England.
Loading...
or
Not Currently Available for Direct Purchase