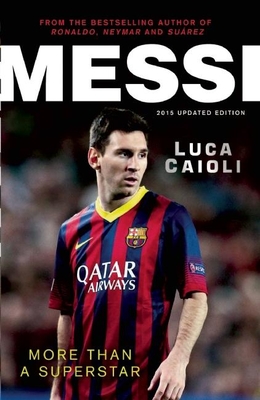 More Than a Superstar

This is an updated edition of Luca Caioli's best-selling biography, including the dramatic 2013/14 season and the 2014 FIFA World Cup, in which Lionel Messi's match-winning performances finally began to win over his harshest critics--his fellow countrymen.

Messi is a revealing portrait of soccer's most unassuming superstar with numerous exclusive testimonies to tell Messi's story, including an interview with the man himself. It charts his successful battle to overcome a career-threatening growth hormone deficiency, following which he has proceeded to win almost every award and trophy, including an unprecedented four FIFA Ballons d'Or, the Oscar of world soccer.

Luca Caioli is the bestselling author of Ronaldo and Torres. A renowned Italian sports journalist, he lives in Spain corresponding for SKY Italia and Corriere della Sera.
Loading...
or support indie stores by buying on