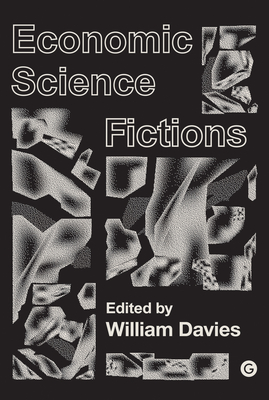 From the libertarian economics of Ayn Rand to Aldous Huxley's consumerist dystopias, economics and science fiction have often orbited each other. In Economic Science Fictions, editor William Davies has deliberately merged the two worlds, asking how we might harness the power of the utopian imagination to revitalize economic thinking.

Rooted in the sense that our current economic reality is no longer credible or viable, this collection treats our economy as a series of fictions and science fiction as a means of anticipating different economic futures. It asks how science fiction can motivate new approaches to economics and provides surprising new syntheses, merging social science with fiction, design with politics, scholarship with experimental forms.

With an opening chapter from Ha-Joon Chang as well as theory, short stories, and reflections on design, this book from Goldsmiths Press challenges and changes the notion that economics and science fiction are worlds apart. The result is a wealth of fresh and unusual perspectives for anyone who believes the economy is too important to be left solely to economists.

What Davies and his contributors ultimately carve out is a space of hope. Nothing is inevitable, and the ending to our story remains to be written.—Hua Hsu, New Yorker—

Economic Science Fictions offers us Ha-Joon Chang, Owen Hatherley, and Tim Jackson, with editor Will Davis, whose exceptionally lucid introductory essay is worth the price of entry alone, acting as a guide.

The primary value of Economic Science Fictions consists in its appeal for a mode of radicalism that combines imagination and rigour. Any realisable new economics, like the best sci-fi, must both extend the imagination and be constructed according to a robust internal logic. As Davies asks: 'Where is the Bauhaus for economic reform? Where is the futurist manifesto for a different form of money or property?' This collection captures something of the energy of those early 20th-century manifestos, offering windows onto new horizons that excite because they seem within our reach.

Economic Science Fictions is a lively and deeply strange collection that tries to answer this question by reading science fiction as economic theory, and vice versa. After all, they're both premised on speculation.

William Davies is Reader in Political Economy and Co-Director of PERC at Goldsmiths, University of London.
Loading...
or
Not Currently Available for Direct Purchase