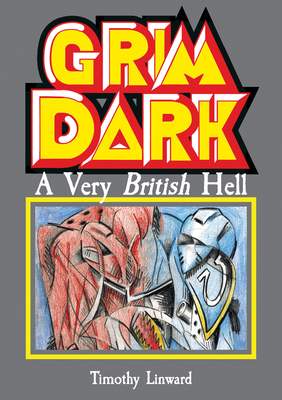 On Warhammer 40,000, Britain's most excessive sci-fi franchise, and its vision of a hellish postindustrial future.

In the grim darkness of the British imagination, there is only Warhammer 40,000.... Featuring demons, chain swords, and supermen in power armor, Warhammer 40,000 is Britain's most excessive sci-fi franchise. For thirty years this cult war game and its tie-in media have enticed thousands of fans to build, paint, and play with armies of toy soldiers taken from the battlefields of the worst possible future. Why has this fantasy proven so irresistible? Part collection of essays, part ravings of a cult prophet, Grimdark examines Warhammer 40,000's place and impact in pop culture, and how this unique vision of a hellish future arose from the subconscious of postindustrial Britain.

Tim Lindward, born under a dying star, channels his terror at late capitalist ecocide into a pathological lust for toy soldiers. In his naivete he had hoped that writing this book would stop the dreams. He lives with his broodmate, broodling, vertebrate, and invertebrate pets near Eboracum in Britain, where he does bad things to spreadsheets.
Loading...
or support indie stores by buying on