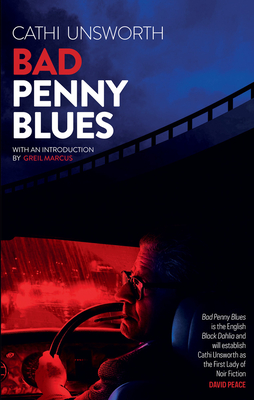 A gripping crime novel inspired by the "Jack the Stripper" killings in 1960s London.

Bad Penny Blues is the latest gripping crime fiction from Cathi Unsworth, London's undisputed queen of noir. Set in late 1950s and early 1960s London, it is loosely based on the West London "Jack the Stripper" killings that rocked the city. The narrative follows police officer Pete Bradley, who investigates the serial killings of a series of prostitutes, and, in a parallel story, Stella, part of the art and fashion worlds of 1960s "Swinging London," who is haunted by visions of the murdered women.

Cathi Unsworth is an English writer and journalist. After working for Melody Maker and Bizarre, she began writing novels, publishing The Not Knowing in 2005 and The Singer in 2007. She is the editor of the anthology London Noir.
Loading...
or support indie stores by buying on