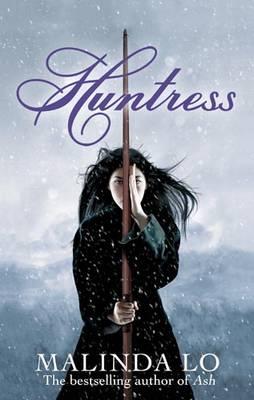 Nature is out of balance in the human world. The sun hasn't shone in years, and crops are failing. Worse yet, strange and hostile creatures have begun to appear. The people's survival hangs in the balance.
To solve the crisis, the oracle stones are cast, and Kaede and Taisin, two seventeen-year-old girls, are picked to go on a dangerous and unheard-of journey to Tanlili, the city of the Fairy Queen. Taisin is a sage, thrumming with magic, and Kaede is of the earth, without a speck of the otherworldly. And yet the two girls' destinies are drawn together during the mission. As members of their party succumb to unearthly attacks and fairy tricks, the two come to rely on each other and even begin to fall in love. But the Kingdom needs only one huntress to save it, and what it takes could tear Kaede and Taisin apart forever.
The exciting adventure prequel to Malinda Lo's highly acclaimed novel "Ash "is overflowing with lush Chinese influences and details inspired by the "I Ching," and is filled with action and romance.

Malinda Lo was born in China and moved to the United States as a child. She grew up in Colorado and has since lived in Boston, New York, London, Beijing, Los Angeles, and San Francisco. She is a graduate of Wellesley College and has master's degrees from Harvard and Stanford Universities. She now lives in Northern California with her partner and their dog, where she is currently working on a new two-book contemporary sci-fi series, Adaptation, coming Fall 2012. Visit her website at www.malindalo.com.
or
Not Currently Available for Direct Purchase
Copyright © 2020 American Booksellers Association